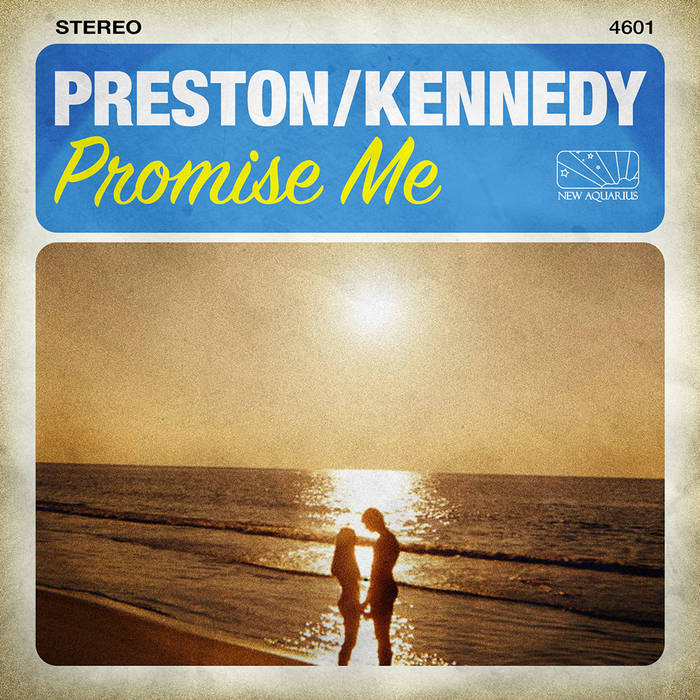 dougiek Sweet mother of Jesus, that Chris Preston and Doug Kennedy are terrific!

Chris Preston and Doug Kennedy seemed to agree on most matters musical, but they hadn't managed to play together. Doug had the beginnings of a song on an old demo. It was a solid track on a fluttery tape, with no lyrics or melody. It was called "Promise Me." He sent it to Chris and asked him if he wanted to take a crack at finishing it.

Chris jumped at the chance to work with Doug and in short order, wrote the lyrics and vocal melody in his head while walking down Broadway. After finishing the arrangement by superimposing the vocals on Doug's original demo, the template was in place.

Chris learned the music and discovered that the demo played back a semitone sharp! Nevertheless, the master they created for this release was in the right key and definitely ended up greater than the sum of its parts - over 4 minutes of luscious pop confection!

Produced and Engineered by Chris Preston

Chris Preston and Doug Kennedy met through a mutual admiration of Todd Rundgren and Utopia. They ran into each other at a Todd show. Chris was doing his solo thing. Doug had been touring with Kasim Sulton and had previously been a member of Isle of Q. Each knew the other guy was the real deal. They finally found a way to work together to produce their special brand of rock and soul. ... more

Bandcamp Daily  your guide to the world of Bandcamp

Featuring Gary Bartz, 5 years of Rhythm Section Intl and an LP of the week by Nicolas Jaar